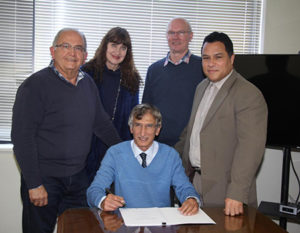 This Service Level Agreement is for the estimated useful lifespan of the whole Karwyderskraal Landfill site, which is estimated to be 55 years and will commence once the new cell in the Landfill site is completed.

Theewaterskloof Municipality has made public its long term Service Level Agreement with the Overberg District Municipality and with respect to the use of the Karwyderskraal Regional Landfill facility, situated on a portion of Portion 79 of the farm Afdaksrivier No 575, subject to approval by the respective Municipal Councils in terms of Section 33 of the Local Government” Municipal Finance Management Act, Act no 56 of 2003 (MFMA).
Because the actual period of the long term Service Level Agreement would be the remaining lifespan of the landfill which will be more than three (3) years, the Municipalities have to comply with Section 33 of the MFMA.