It is with regret that the Ward 2 Forum notes the unilateral cancellation of the Ward Committee Meeting of 21 Sept 2017 as per the below email from the office of Cllr. Danie Du Toit: 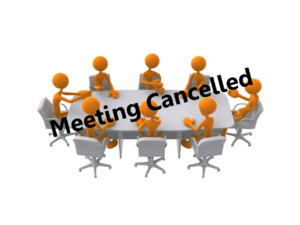 It is a sad state of affairs that a Ward Committee meeting is cancelled when there is so much that needs to be dealt with, particularly now. The total lack of pro-active communication by TWKM is raising more questions than answers, and the unilateral cancelling of a vital communication and statutory link between the community and the local authority is alarming. The schedule of the feedback sessions by the Councillor and the dates of the Ward Committee meetings had been minuted and accepted months in advance, as per the year planner issued at the beginning of the year. The reasons for the  cancellation of the Ward Committee meeting is thus weak and without merit.

As yet we still need to be informed about:

We thus have to deduce that TWKM have no real intent of fulfilling nor complying with the legal provisions for the operation of Ward Committees as contained in sections 72 to 78 of the Local Government : Municipal Structures Act,1998. We therefore cannot unconditionally support neither our Councillor, nor TWK Municipality.