The objection in Part 1 only applies to the alienation of the portion of Erf 595 on which the proposed fruit farm project is located. Part 2 proposes an alternative leasehold method of acquiring land for the same project.

Part 2 also identifies various aspects of the farming project itself, which are considered to enhance the benefits for the Consortium of Fruit Farmers, TWKM and the Ward 2 community. 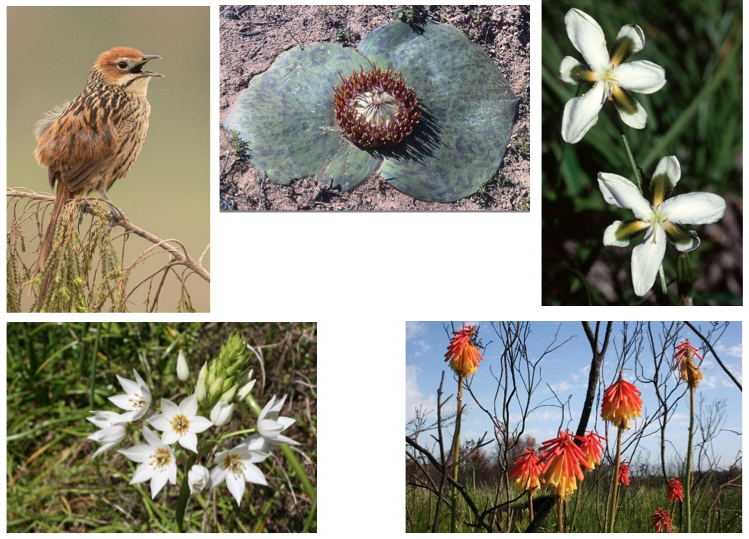 PART 1: OBJECTION TO ALIENATION OF PART OF ERF 595

With reference to the Notice in the Theewaterskloof Gazette on 19 January 2016 for the proposed alienation of about 235 ha of Erf 595 in Greyton at R 4,329,850, and a subsequent Notice in the Gazette of 23 February 2016, extending the period for submission of comments and objections to 31 March 2016, we are hereby submitting an objection to the proposed alienation on the following grounds:

The proposed price of R 4.3 m is based on the valuation of vacant land with no consideration at all for its potential value if professionally marketed with its various features identified. Although still zoned ‘Undetermined’, which means no Primary or Consent Uses, once rezoned the potential uses of the property could include housing development, agriculture or resort development, representing considerably different land values. In fact, the valuation incorrectly states that the land is ‘Authority’ zoned. As Commonage, the land has considerable added value because of the grazing of horses and cattle, and recreational uses, enjoyed by the community for over 150 years.

There is no evidence that the longer term future value of this land has even been considered.

The proposed price of R 0.02 m per ha is unrealistically low compared with rateable values (July 2014) of other vacant land in the Greyton Commonage (R 0.05 – 0.08 m per ha). The rateable value of a further area (8,7 ha) of land within the urban edge, although zoned for residential use, but also vacant and without any services, is R 0.33 m per ha.

It seems that the lowest possible valuation of the land has been determined, based on a nominal cultivated ‘field price’ of R 45,000 per ha, discounted by 60% on the basis that the soil has not been cultivated and contains alien vegetation. However, the prospectus, when considering the financial benefits to TWKM, states that the business will apparently be worth R 150 m when it is mature, which is R 640,000 per ha. The difference between current cost and future business value of over 1400% must be questioned.

It is considered that the price for this property has been hugely under-valued, without any reasonable justification, and therefore does not comply with the requirements of Section 14 of the Municipal Finance Management Act (Act 56 of 2003) which states that:

It is further considered that the unrealistic price represents the loss of a potentially highly valuable asset by TWKM, the whole municipal population and in particular the community of Ward 2.

The disposal of the Commonage land itself is stated in the prospectus to create significant financial benefit for the municipality from Rates and services. However, the Rates payable are dependent on the annual valuation of the land so will take time to grow to the estimated annual potential of R 300,000 and even then will only account for a very small part of the TWKM Rates base.

The net value to TWKM of municipal services, although dependent on the scale of the development, would not be significant.

On the other hand, the provision of bulk municipal services, which would also vary depending on the scale of development, has not been assessed in terms of their availability and the cost of providing them. The prospectus does not include a clause specifying that the buyer of the property is responsible for the full costs of providing the services.

The above benefits are real, but are dependent on the farming business itself, independently of the land disposal. They would be the same if the land was leased at a realistic level instead of being sold off. Therefore they should not be considered to support the argument for sale of the land.

The transfer of ownership is considered to be unfair, inequitable and not competitive in terms of the Municipal Finance Management Act (section 14 (5)), thus making it illegal.

TWKM reported that they were in discussions with potential purchasers of this property in 2003, and had earmarked it for alienation for small holdings. There is no reference to this in the SDF of 2003-2005, and the project was abandoned. We requested the Municipal Manager on 3 February 2016 to provide access to Council resolutions relating to the rezoning of the property at that time, but have received nothing.

We have also requested the following information relating to the current proposal, but to no avail:

We have been unfairly denied these documents in time to make meaningful comment on them before the deadline.

There is no record of any attempt by TWKM to communicate with any person who uses the Commonage for any legitimate reason, and there has been no offer of alternative land or financial compensation for these users. Further, there has been no attempt at all to determine the level of support from the residents of the community for the sale of the land.

This does not conform to the Promotion of Administrative Justice Act (No 3 of 2000), particularly section 3 which relates to the fairness of administrative action which materially and adversely affects the rights or legitimate expectations of any person.

It is clear that the proposed alienation fails to comply with any of the 4 policy statements above that are the essence of the Government policy issued in 1997.

According to the TWKM By-law, which was gazetted on 21 June 2015, municipal commonage means land owned by, or under control of, the municipality which has a zoning of ‘undetermined’ and which may be set aside for grazing or for such other purposes or use as may be deemed necessary by the municipality. There is no reference whatsoever to the possible sale or alienation of Commonage land.

Clearly, the proposed alienation does not comply with the above municipal By-law.

4.3 The Will of Herbert Vigne 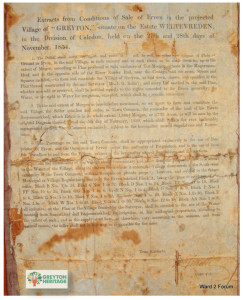 It is absolutely clear that Herbert Vigne bequeathed the Commonage to the people of Greyton. Neither the Will, nor the intent, has ever been in dispute. It is considered that if there had been any intent to permit alienation of all or part of the Commonage, contrary to Herbert Vigne’s Will, then some evidence would have been found. No such evidence has been found.

There is no known record of the removal of restrictions presumed to have been in the original Title Deeds when the 2 farms Kanon Berg and Boschmanskloof were separated out of Erf 595 to create the Greyton Nature Reserve on 13 May 1977.

There is much confusion in this document, and therefore in the conclusions drawn and recommendation made, that makes one very suspicious of its validity. For example, there is no mention of any record of the removal of restrictions presumed to have been in the original Title Deeds for Greyton and the 2 farms mentioned, but ‘apparently’ missing from the deeds for the remainder of Erf 595. We consider that if there had been any intent to permit alienation of all or part of the commonage, contrary to Herbert Vigne’s Will, then some evidence would have been found.

Therefore, we submit that the onus must be on TWKM to prove beyond all doubt, that they can legally alienate any part of the Greyton commonage.

Although the following Conditions of tender imposed by TWKM are essential elements supporting the decision to go ahead with this project, it is considered that they cannot be enforced in law. If they are not fully complied with, they have no penalties or other forms of compensation attached and therefore are meaningless. The pertinent Conditions are that:

Should any of the above conditions fall significantly short of expectations, assuming of course that accurate monitoring of the conditions could be achieved, it is contended that the benefits from the proposed project for the municipality and the surrounding communities will also not be achieved.

This would lead to an unnecessary waste of municipal funds and a reduction of economic and community value from the project, which would be contrary to the requirements of Section 14 of the Municipal Finance Management Act (Act 56 of 2003).

Policies and guidelines, relevant to the Commonage, in municipal spatial planning frameworks since 1999, including the most recent SDF of 2012 are:

The proposal to alienate a portion of Erf 595 is contrary to policies expressed in all the spatial planning framework documents since 1999.This is supported by the absence of any detailed management plan which must surely be a prerequisite to such an important change of policy as the alienation of the Commonage.

Should the Commonage land be alienated, the attraction of Greyton as a tourist destination and a desirable place to live, will be diminished. The Heritage value may also be reduced. The result will be an inevitable lowering of property values.

TWKM will also undoubtedly conclude that they can freely alienate additional portions of the Commonage, further contributing to the decline of Greyton, and further reducing local property values, which would be contrary to the municipal policies for sustainable growth in Tourism.

Even though it was admitted that a significant part of the total project land value was not suitable for fruit farming (85 ha of total 235 ha), there is no commitment from the Consortium or condition in the prospectus either to clear and maintain the land free from alien vegetation particularly along the river corridor, or to identify and assess areas of land containing conservation-worthy Renosterveld. Both of these activities represent costs and potential future benefits that should be examined in the EIA, and any approval of the project may be conditional on satisfactory management of these activities.

There is no evidence that the financial implications of these environmental impacts have been considered in the valuation of the land.

The TWKM prospectus focuses on the ‘sale of a portion of Erf 595 for BEE commercial farming’, but fails to contemplate the separation of the project into ‘alienation of the land’ and formation of a BEE venture ‘to promote investor friendly practices …… leading to increased employment and growth in rates base …’ It is argued that the BEE venture itself is not dependent on alienation of the land, and could indeed have more financial and social benefits through the alternative of a leasehold agreement instead.

The municipality fails to consider this argument in the prospectus. A special Ward 2 Committee meeting on 5 October 2015 records that ‘the committee noted and awaits the outcome of the project plan as presented’.

Clearly, neither document constitutes a vote of approval or agreement for the alienation of a portion of the Greyton Commonage.

Furthermore, TWKM failed to consider any alternatives to the proposed alienation, in particular a leasehold agreement.

We strongly object to the alienation of approximately 235 ha of a portion of Erf 595, being part of the Greyton Commonage, on the grounds stated above.

However, our objection only applies to the actual alienation itself, and not to the whole project. Therefore, if the project can be revised to accommodate a leasehold agreement, we offer our support conditional on a number of additional proposals in Part 2 that we believe would be beneficial to all the parties concerned.

Part 2 will be issued as a separate document.

PART 2: PROPOSALS FOR THE FRUIT FARMING PROJECT as per previous article.