The decision to sell off a large part of the Greyton Commonage is highly contentious. Whether you support the “proposals” or object to them, or can offer constructive alternatives, we humbly request you to submit written comment by the deadline of 31 March 2016. We will undoubtedly all be affected by the outcome of this venture. 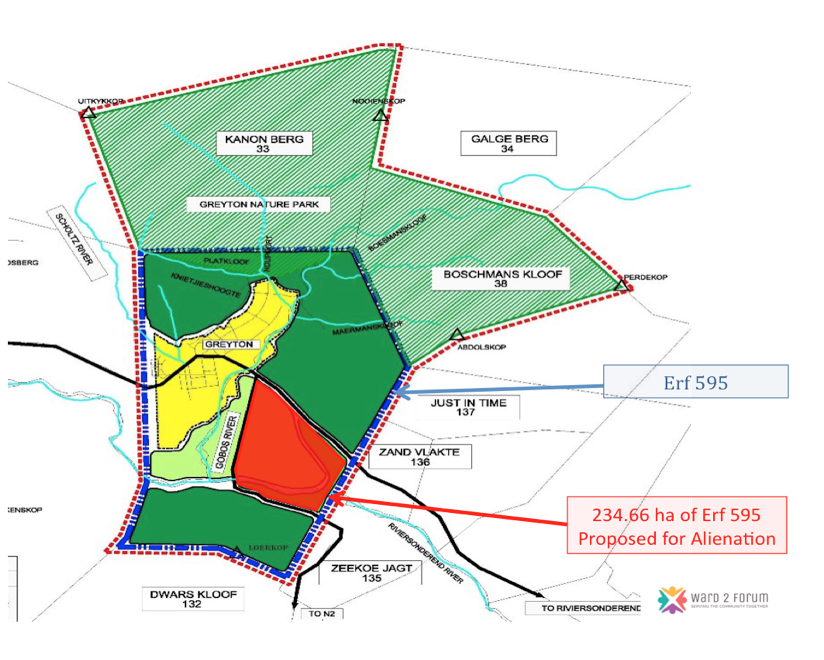 The following salient aspects should be considered:

Should you want to be placed on the Ward 2 Forum Database please email us at the following address mygreyton@ward2forum.org or simply fill out the form to the right of this.